A factory worker removes the iron rods from the damaged machines after a devastating fire at the dyeing section of two-storey Aswad Composite Mills at Maona, Gazipur, Bangladesh 09 October 2013. The fire has killed nine people including workers, fire fighters and an officer that originated around 6:00pm on 08 October 2013 while the cause of the fire is yet to be confirmed. The deadliest disaster in the history of the industry occurred on 24 April 2013, when Rana Plaza, a complex with five garment factories collapsed. Reported death tool was 1133 workers and over 600 more workers were disabled. For these victims life is a painful struggle. The headlines are soon forgotten in the West, while the victims pay a huge price for producing cheap, fashionable clothes. EPA/ABIR ABDULLAH 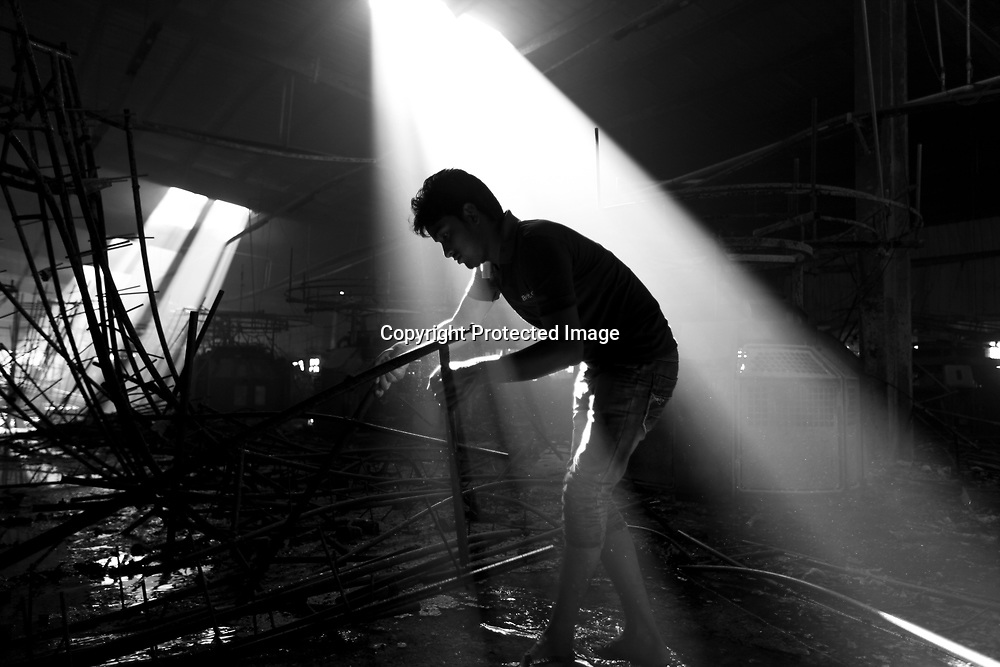