Bashonti, a female tea worker poses for a portrait in a brick field at Habiganj, Sylhet in Bangladesh, 26 March 2015. ‘What will do with our photos?’- a shy fourteen years old workers asked while carrying a load of eight bricks on her head. She was sweating working under the hot summer and literally running with eight bricks on her head to unload close to the burning stove. They are part time brick workers but full time tea workers. They work at the brickfield now because the pick season yet to come in the tea garden so they work in the brick field to get some extra money. After carrying eight bricks every time they get .012 euro (1 Bangladeshi Taka). This is such an inhuman life and struggles of the workers. EPA/ABIR ABDULLAH 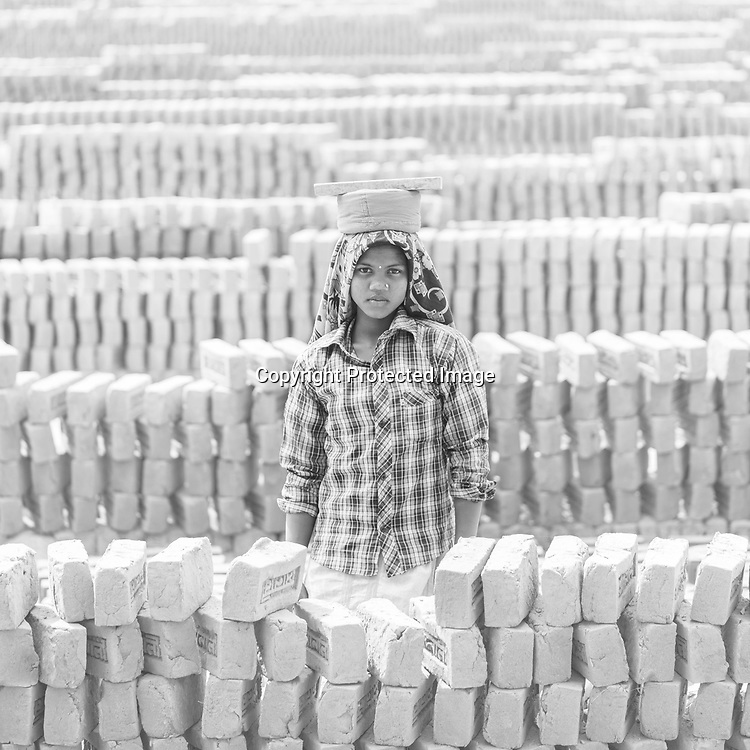