Vogobati, a garment workers who survived in the building collapse comes to collect salaries given by the Bangladesh Garment Manufacturers and Exporters Association (BGMEA), in Savar, Dhaka, Bangladesh 08 May 2013. Reports state that the death toll rose over 766 and many more still missing, according to the rescue control room by the military officials leading rescue operations at the spot. 588 bodies were handed over to their relatives after identification after the eight-storey building Rana Plaza housed mostly garment factories which collapsed on 24 April 2013. EPA/ABIR ABDULLAH 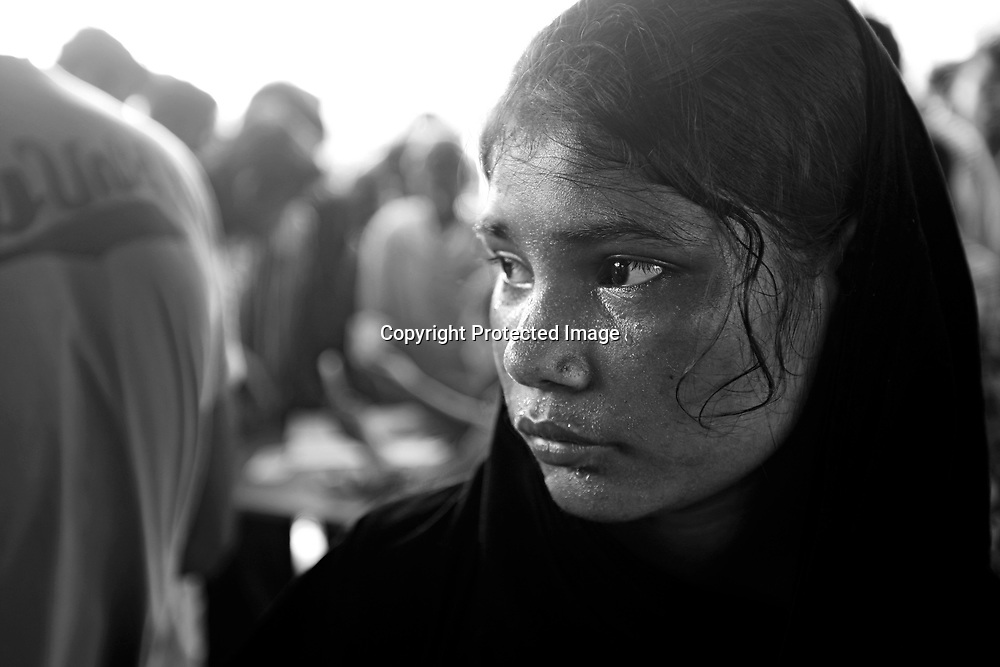