Mizanur feeds her wife Sonia who lost her one leg while trapped inside pillars during the Rana Plaza building collapse, in Savar, Dhaka, Bangladesh, 10 May 2013. Reports state that the death toll rose over 1133 and many more still missing while 712 bodies were handed over to their relatives after identification after the eight-storey building Rana Plaza housed mostly garment factories which collapsed on 24 April 2013. The deadliest disaster in the history of the industry occurred on 24 April 2013, when Rana Plaza, a complex with five garment factories collapsed. Reported death tool was 1133 workers and over 600 more workers were disabled. For these victims life is a painful struggle. The headlines are soon forgotten in the West, while the victims pay a huge price for producing cheap, fashionable clothes. EPA/ABIR ABDULLAH 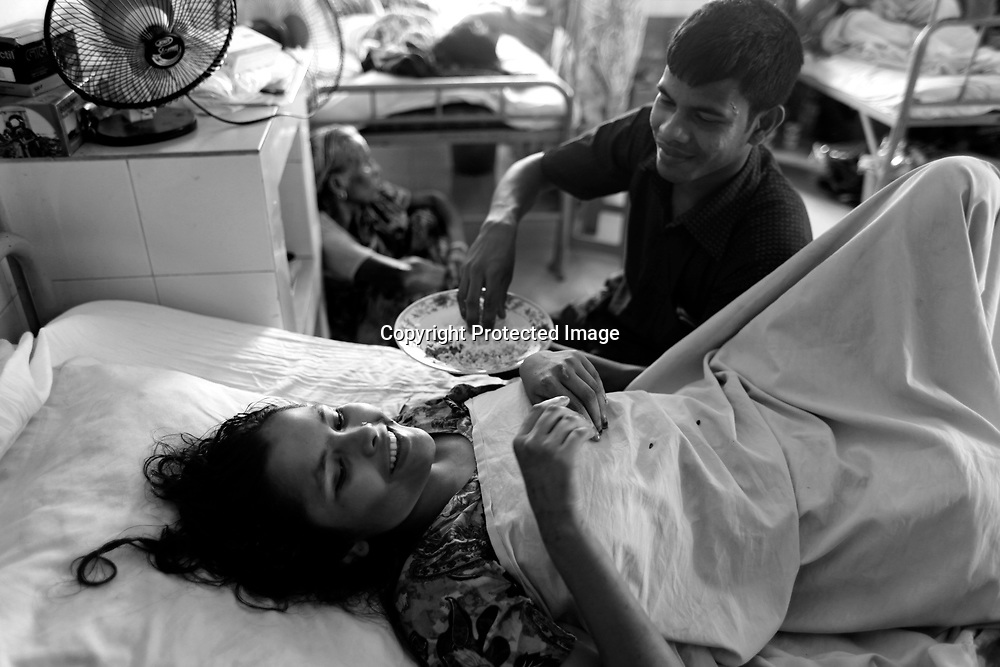